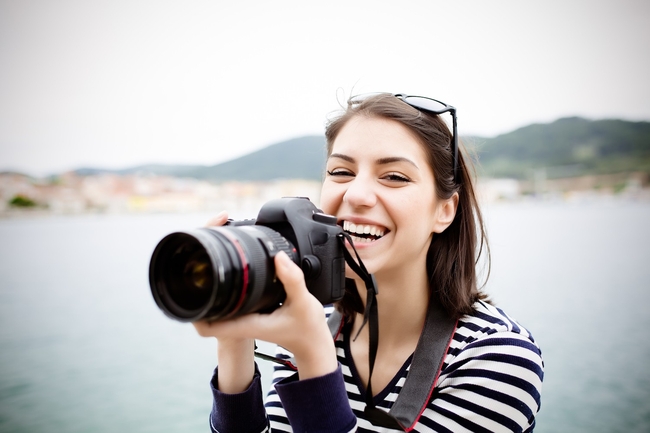 Starting photography might be challenging. Trying to tap into your creative groove and your theme or personal aesthetic might prove difficult at times.

This is why most creative seek inspiration since you’re constantly running into a lot of creative blocks when trying to come up with content.

However, this where masters of photography can serve you a huge deal of help. From their techniques, themes, aesthetic to the creative process, we can gather a lot of information and inspiration from them.

Here, we will take a look at a list of famous photographers known worldwide and see some of their work.

Known for his famous work: The Americans, Robert Frank was a Zurich, Basel and Geneva-based photographer.

He was well known for his unconventional use of 35mm Leica, which at that time was extremely unusual, to say the least.

He first came to America as a fashion photographer in 1947 and after somewhile, he shifted his attention to street photography and photojournalism.

He joined a fellowship known as The Guggenheim Fellowship that enabled him to travel all over the country resulting in his famous work.

His photos were completed with certain text; written on to the negatives and prints.

At the time, he worked hand in hand with Walker Evans and was able to become famous to the point that he was known worldwide as the best street photographer.

Based in America, Paul Strand was one of the famous photographers that helped establish photography as an art form in the 20th century. His work lived on to inspire many photographers and people throughout for six decades.

His work was based on several genres and subjects. He worked on places in the Americas, Europe and even sometimes Africa.

Alfred Steiglitz was one of the photographers that helped propagate his modernist take and approach on photography at those times.

Lewis Hine, a famous documentary photographer also helped out Paul throughout his career.

His style had a modern aesthetic that he produced using techniques such as capturing urban bustles, formal abstraction and even street portraits.

Don McCullin is a well-known war photographer. He is a British photojournalist that has focused his entire career on war photography and images that portray urban strife.

McCullin based his focus on examining the flaws of the society, taking images that depict poverty, unemployment and downpayment.

His work is unfounded, covering striking images of poverty in London’s East End, or the horrors of brutal wars in Africa, the Middle East and even Asia.

Despite the horrific subjects he covers, he produces beautiful, still, soulful portraits that strike emotions.

He captured pictures along the streets of Paris in the 1930s.

Robert’s work was heavily influenced by other famous photographers such as Henri, Atget and Kertesz. His work took up a playful and modest nature. He became famous because of these iconic visuals.

He described his work as

“The marvels of daily life are exciting; no movie director can arrange the unexpected that you find in the street”

The photographs he took makes people gaze at them for a long time simply because of the distinct and interesting atmosphere it brought by.

Famous for his photograph titled “Afghan Girl”, was is a well-renowned photojournalist based in America.

His famous work that entailed a green-eyed Afghan girl was featured in National Geographic’s magazine as the cover.

He completed several assignments and tours with National Geographic and has been part of Magnum ever since 1986.

Steve McCurry has won several awards, from Magazine Photographer of the year to The Royal Photographic Society’s Centenary Medal to two first-place wins in the World Photo contest in both 1985 and 1992.

It is important; as beginners in photography, to recognize and review renowned photographers’ work and learn about their experiences and careers.

In doing so, we get a lot of information and technical skills from their work.

We also gain inspiration that helps us generate ideas from their work, just as Robert Doisneau’s work was influenced by Henri Cartier-Bresson.

But remember, a good farmer is only as good as his tools. Make sure before you begin your photography journey that you are well equipped with the best photography  gear.

Read electronic shop reviews and determine the best store with the best photography equipment by reading other people’s opinion and feedback.

Feeling stuck? Go ahead and start with Teleco buy reviews and read through if Robert Frank’s 35mm Leica is still available and if it produces good visuals.